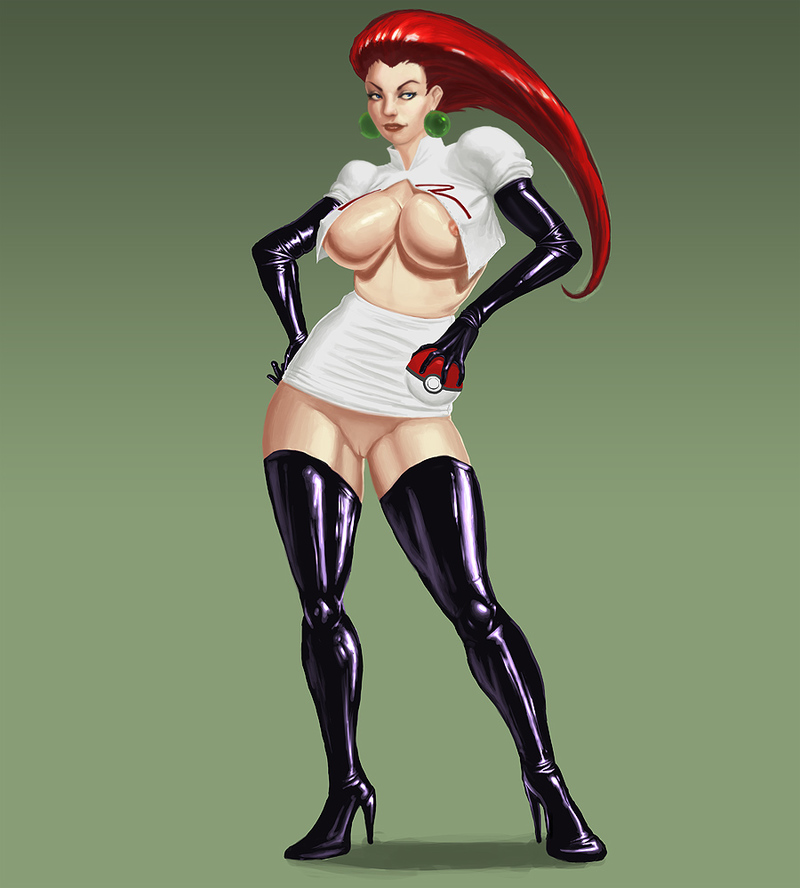 Ash walked on. Leading the way was misty of course, showing no hurt from the night before. Ash of course noticed the way her butt moved now, shaking and begging to be clutched. Brock seemed to not change at all and his usual way of flirting with girl trainers seemed to be even more charged. After Ash beat a Passing Trainer named Annie he wanted Ash and Misty to come with him instead of continue too pewter city. Of course they flatly denied this and continued as Brock Pestered Annie for her Pok’eGear Number. He then ran to get back to Misty and Ash as he was flatly denied.Misty seemed Distant from Ash, as if she just wanted to be friends and didn’t want his pleasure-full Cock. Ash had done a lot of thinking in this silence he shared with Misty, about how Misty was a Virgin and how she might feel towards him.

The three Trainer’s soon Arrived in Pewter City. They found a moderately large town with inn’s, bar’s, Pok’eMarts, And Pok’eCenters.

“Ill be at the Pok’eCenter Guys, See-ya later at the inn guys” Ash called out as he headed into town.

“Ok cya ash” Brock Replied, “I guess I’ll head over to the bar. Ash so you know, the next town over is about 5 days away, so buy what you need.”

“Roger that Captain!” Ash called back as he turned a corner to the Poke’ center.

Ash then promptly turned left instead of a right and ended up at the Poke` Shack, pewter Cities only bar and Grill. Mostly Bar…sometimes grill, but not really. Don’t worrie about is, just Read on. Now.

Brock walked in, was promptly slapped, and sat down. The usual welcome he thought.

“Sure” The bartender said back as he quickly created a drink for Brock. He take 4 more Marberrys that night before calling it in. he left the bar and looked around for a place to sit. He found a place near a sort of random lake park but it was more of a lake then a park.

Sitting down he remembered Mistys body, though in the dark he had molested her while her was raping her. And she did not slap him (yet) or call any body. “Hey where’s Ash” he thought.

“AAAH! I bet he’s getting some of that sweet pussy Again! I must hurry to get sloppy seconds” he said, still in a drunken haze.

Ash walked out of the Pok’eShack after eating some very good lobster and a bit of steak, he wondered how others could deny this meat. Specking of meat, the entire walk here he couldn’t stop thinking of misty, where would she be now? Better Check the Pok’eCenter for maybe a fuck he thought. That’s if he was on her good side, which he probably wasn’t after pulling that stunt.

He went on into the Center and Asked Nurse Joy, “Any rooms free?”

“Uh huh!” she said in her cutest little voice. “I had to kick some kids out of this one room after I found out they where drinking and underage! They get to sleep in a cell tonight so I don’t think you should try anything.”

“Ummm. Oh take this key then, night.” “Night” he called back. She asked like she had some of whatever those kids might have had.

He walked on and found his room, number 6. Walking in he turned on the lights and put his stuff in its place. Sitting down on the bed, he wondered, Was Misty here?

He looked down and saw his member go slowly up, no fucking my hand for this one with Misty right Next door, time for Another one of my late night adventures.

“….ppppppppffff, My names not jot.” Apparently she also had some weed.

“aaaaw nurse joy, why do you have you cloths on?!?!” Brock asked stupidly. This was one of the worst come on’s he has in a while, but it worked. The nurse Striped down and Brock got his Wish finally!  Wasting no time, he ran behind the desk and while the Nurse was moving slow and pulling her rants off he hit her hard, cock out.

“Ow, hey what?!” was all she said as she was forced to turn around and be the slave of Brock. He aimed fast, and Fired, hit, score. He penetrated Nurse joy with the lust of a Teenager in love, finally getting her in the sack. Her pussy was as sweet and he had imagined, tender, slim, shaved, and of course tight as hell. “yesssss
Nurse, you are so useful!” He told her , she just smiled plainly as if retarded. All she cared about was this feeling of goodness originating from her pussy. With her underwear still around her knees she bent over the counter to further enjoy this Fuck.

Creeping out of his room he heard talking over by Nurse joy and continued on. He found that some of the rooms were taken where unlocked and ones not taken where locked tight. Trail and Error time but this time the right door gets an ass fuck. Ash just couldn’t get that tight ass out of his mind. After all, her ass would be tighter then her pussy and no pregnancy to worry about, not that he did when he raped her in the woods. All he needed was lube from her pussy, so all in all he needed Misty.

Clutching his boner he opened doors quietly and softly looking for the red Haired Hottie. Until room 4…

Nurse joy was really getting off now, Brock pounded her as she stood still slightly dumbfounded that she was just getting Fucked by this pervert. Brocks manhood went fast into her and out, her pussy was not on fire and the only water around was Brocks semen.

Faster he went into her pounding her fine ass until he felt his moment coming literally. He stuck his cock deep into her and felt himself drain into her sweet clit. She should be telling him to get off as he definitely doesn’t have a condom but she in enticed by the feeling of hot semen jetting through her fire. Feeling it about up he collapsed onto her back, still inside her as she moaned and repeated to herself, “keep it there, keep it there”

Ash dropped tournament and love to have joy with his Three nice and outstanding hook-up gimps after a firm tour! what a hero!